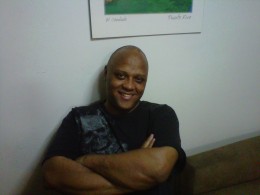 Many people have found it difficult to comprehend why I often refer to sin as defined in the bible as an imaginary concept. As a result of this I have grown weary of trying to explain it so I have decided to write a post on the matter that should clearly state my position and why I have come to believe in it so firmly. So in order to lay out my position in the most clear and concise way let’s begin by defining what we mean by the word sin as it is used in a religious context.

Noun: An act that is regarded by theologians as a transgression of God’s will.

Verb: Commit a sin; violate a law of God or a moral law.

I obtained these definitions from my Sage dictionary and thesaurus and I have chosen this definition because it best suits my position. In order for sin to be a real concept as it is defined in the bible, God has to be real. Without the existence of God the concept of sin also does not exist. As an atheist and one without a belief in gods I neither acknowledge the idea of a god of any kind. In my view there is absolutely no evidence for the existence of God or gods; especially like the one described in the biblical texts.
Contrary to what many Christians believe morals do not come from God. They come from our own various cultures and societies. Every society has its own set of moral laws and precepts and they don’t all agree. In a cannibalistic society for instance it was not immoral to not only kill your enemies but to eat them as well. Ancient warriors from tribal Africa and other parts of the world used to remove and eat the hearts of their fallen enemies in the belief that they would possess his soul or some of his warrior prowess. This is also evident in societies that thought that sacrificing humans to their gods were the norm.
As societies evolved these practices slowly faded away and laws were made that benefited a people rather than drive them to extinction. You don’t need God or some moral code from a so called divinely inspired book to know that murder is wrong or that rape is a disgusting and heinous crime. If you have these impulses then I suggest you consider psychiatric treatment and some serious medication.
A being that conveniently exists outside of time and space who created us all and loves and cares for us greatly is utterly ridiculous and childish. Not only is this particular God unbelievable but he is evil in more ways than one can imagine. Every “sin” or commandment that he has imposed upon man he has violated in one way or another. But his followers insist that he is holy and untarnished when the Old Testament and the New Testament clearly demonstrate the falsity of this claim.
Apologists are constantly looking for defenses to what is termed the problem of evil as it exists in the world and as a reference to some of the vile acts that the bible claims that God committed against mankind. They try hard to defend the reprehensible acts of God as a criminal defense lawyer tries to get the notorious mob boss off even after knowing that he is guilty as charged. Christians purposely and knowingly ignore their God’s reprehensible acts and make such foolish statements like “he is God he can do as he pleases.” Besides, who are we to judge God?
So for my Christian friends I have one question. If you were told to worship Hitler would you do it? If your answer is no: then why not? Is it because he killed a total of around 11 million people if you add those others that died aside from the Jews? Is it because in your eyes you have been led to believe that he is the most evil man that has ever walked the earth? If these are your reasons for rejecting to bow down and worship Hitler then you must also refuse to worship your imaginary God. For his list of evil accolades far exceed those of Hitler.
The bible is rife with passages where the good Lord smote people for the smallest of infractions under the law. Do you really believe that you were born a vile and filthy sinful creature by default because of something that allegedly happened in the fictional Garden of Eden? By eating a piece of fruit our ancestors inherited the knowledge of good and evil, and their act of disobedience to God has cursed mankind forever. God didn’t just punish and curse the offenders he cursed the entire human race for a crime that they did not even commit! It sickens me to hear the Christian deluded masses yammering on about how just God is.
Basing ourselves on what the bible defines as sin we can rest assured that sin does not exist. Sin is not a genetic component of our biological makeup. Nor is it something that we can touch, taste, feel, or see with our five senses. The only place that sin exists is in the minds of those that have decided to buy into the myths of the bible.
I am a firm believer in the idea that man has a dual nature. I think that within each and every one of us is the propensity to commit evil acts as well as good. But I think that this is just a part of our nature and not some inherent curse imposed on us by God. A woman fighting for her life to thwart an attack would have no problem in the heat of the moment of trying to hurt or kill her attacker. The mildest mannered individual when pushed can snap. Just like animals that normally are not aggressive by nature when cornered can become ferocious.
Sin does not exist because God does not exist and therefore there is no one to “offend.” Sin is only real to those that have been tricked into believing the bible and the tales it spins about our origins and our nature. Sin is not real because it is an idea that is both irrational and unreasonable. Even if God did exist I would not worship him because I find his acts as told in the bible more repulsive and immoral than anything I could ever commit.