You are here: Home / A Categories / A ICCEBERG - 5* / Is It A Dangerous World We Live In? Assessing High Profile Threats 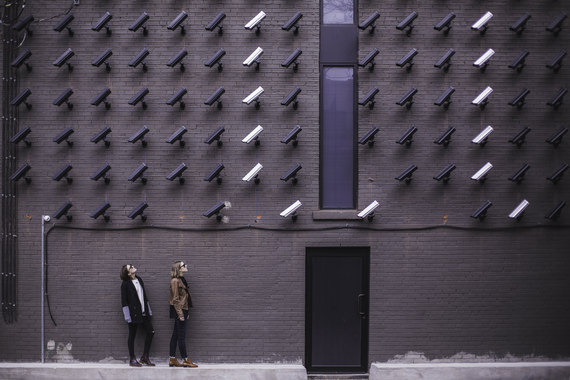 The world is not nearly as dangerous and depraved as most people think. Recent events have more than one person I know worrying about where the human race is headed, but this popular notion is unfounded. Take a step back and it’s easy to see things are actually relatively calm compared to decades and centuries past. It’s only upon inching closer, and examining events from around the world in more granular detail — thanks to HD video, social media, and around the clock ‘shock doctrine’ news — that things seem to be spiraling out of control.

However, it would be naive to think we aren’t faced with potential instability in this world. Change, sometimes unexpected change, is the one constants in life. The key is to calculate these risks with accuracy: worry about the risks which are more likely to actually occur, and put the things out of your control and/or unlikely to happen on the backburner of your mind. This prioritized way of viewing danger and threats makes for more efficient and effective decision making in life and business.

Here are a number of high profile risks, whether they’re worth worrying about, and if so, what can be done about them.

Unlike some of the other risks on this list, cyber security failures are unlikely to lead to death and destruction. However, damage from stolen or otherwise compromised data is very real, and typically takes a huge financial toll. Recent events have outlined the risks associated with data breaches among large entities and institutions, but these risks threaten virtually everyone with something to lose digitally, be it a small business or household. So, in short, cybersecurity is a risk worth worrying about for just about everyone.

Getting in the way of addressing the concern is the increasing complexity of data security requirements, thanks to data being shared across a plethora of devices and networks.

Cybersecurity specialists are attempting to simplify the process by offering integrated data loss prevention solutions for businesses and individuals. “All in one” services for cybersecurity are going to remain in demand as time goes on, as more devices and networks are added to the fold every year.

Fear of the next bubble or recession runs deep. In fact, millions of people still haven’t completely recovered from the last time the global economy took a hit in 2007-2009. Is a house of cards once again being built, only to come crashing down on us? It’s a troublesome prospect, one which would affect the lives of just about everyone on the planet. Is it something we should really be worried about?

Again, we have a risk worth keeping in mind as you choose to make financial decisions in business and your personal life. The unprecedented actions taken by the world’s leading central banks, though crucial in providing stability in the short term, may very well have negative consequences down the road. With that said, potential bumps in the economy’s future are unlikely to be anything equaling or surpassing the Great Recession, or even close. Far too many institutions continue to play their cards close to their chests for a crash of historical magnitude to happen like it did in 2008.

Subscribe to The Morning Email.
Wake up to the day’s most important news.

Ten years ago, few would have anticipated the souring relations between the United States and Russia or the revolutions underway in the Middle East. No one would have guessed the British would vote to leave the European Union, and everyone would have laughed at the idea of Donald Trump being an election away from becoming President of the United States. Yet here we are, proving politics are about as predictable as the Super Bowl winner five years out.

Is it something to worry about? That depends on where you, your loved ones, and interests reside. Just keep this in mind: the world has seen far more wild rides of political upheaval in the past and managed to survive. World War Two, arguably the greatest political failure of the last 100 years, saw atrocities and destruction on an unmatched scale, yet involved only three to five percent of the world population. Life goes on, at least it has so far.

The aforementioned array of internet connected devices and technology is paving the way for a new revolution in tech. It’s called the Internet of Things. All manner of objects from water pipes to microwaves to cars are becoming connected to the web. By allowing these ordinarily non-computerized objects and appliances to collect and share information, public works, house chores, and transportation — plus a whole host of other routine processes — can be streamlined for unprecedented efficiency.

The drawback to this is the potential for vast amounts of data to be misused or otherwise abused. Intimate details about a person can be surmised by a collection of data points, ultimately creating an unauthorized peek into private lives. For those looking forward to outfitting themselves with the latest IoT-enabled devices in the years to come, the risks of unwanted surveillance via the generated data are worth worrying about. No doubt, cyber security companies will be migrating into the world of IoT to meet this rising demand.

Man-made disasters, including terrorism, frequently make the list of worst fears, especially in the United States. A series of recent terrorist attacks around the world have undoubtedly led to many of us worrying about the chances of ourselves or loved ones falling victim to such atrocities. Are these amped up worries a reasonable reaction to the real risks of terrorism?

Not at all, since a person is as likely to be killed by furniture as by terrorism. However, it’s not easy to think in these terms when violent acts of mass assault and mass murder seem to make the news every day. Many people recommend turning away from the news, but that boils down to the unhealthy “ignorance is bliss” mindset.

Instead, try and think of these seemingly common tragedies in a new light; for every attacker, billions of people never let hate and anger get the best of them. We are an overwhelmingly peaceful species, never forget that.

It’s easy to feel like threats to our wellbeing are lurking behind every corner. However, the world is simply not as dark and twisted a place as recent newsworthy stories lead us to believe. Risks are real, there is no sugarcoating that fact, but it’s important to prioritize them for greater efficiency of thought and energy in both business and private life.