You are here: Home / A ICEBERG - BULLSHIT - BELIEVING BULLSHIT ET AL / How the Bible Borrowed from Other Stories 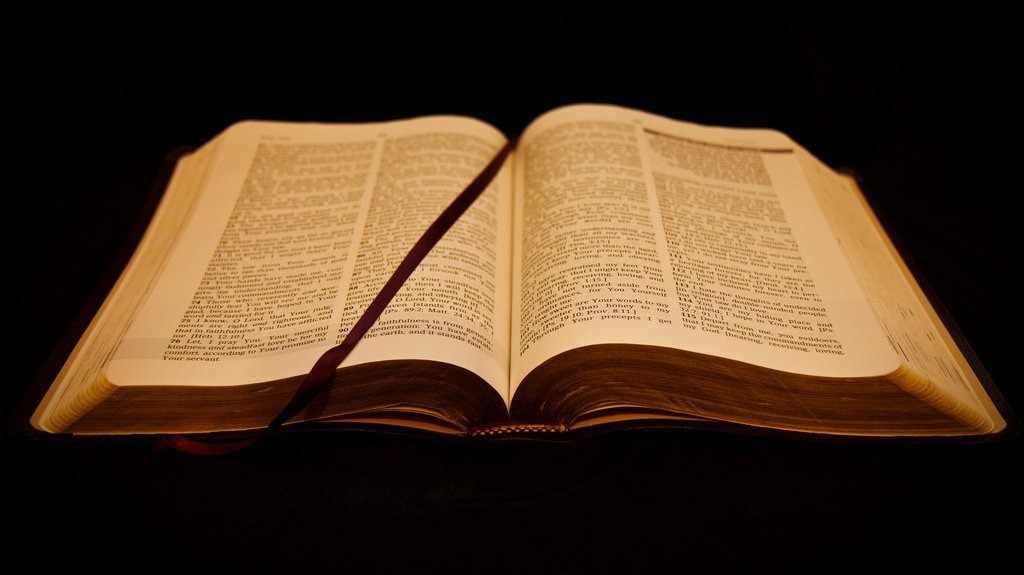 The Bible (consisting of both the Old and New Testament) is central to Christianity and so are its many myths, stories and parables. But even though many of these myths help to define the religion, some of them are not original – they have been borrowed or copied from other myths from other religions. This makes sense since all books in some way draw on the traditions and ideas of the past. What is interesting is that if some of the central stories of the Bible have been plagiarised, then how can the Bible be the inerrant word of God? Is it the word of some other god before Christianity? Or does plagiarism in the Bible show that the book is not holy, but merely an invention of the imagination?

If Christians admit that the myths of religions before it have no basis in reality or history, then if they drew on those same myths for inspiration, on what basis can they say that their myths are true? I’m not saying that the stories in the Bible are not compelling – they are just as interesting as any of the Greek myths – I’m saying that they do not prove that Judaism or Christianity are original, special or more ‘holy’ than other religions. They’re not. I’ll go through some of these plagiarised stories to get this point across.

Genesis 3 in the Bible tells the story of how Eve ate from the tree of knowledge, which God forbade her to do, and this act released evil into the world. This is similar to the myth of Pandora’s Box. Pandora was the first woman (like Eve) created by the Greek gods. Like Eve, Pandora was created in the image of her creator. Pandora opened a box she was told not to open (like the fruit Yahweh told Eve not to eat) and once she opened the box, evil came out of it. Both Pandora and Eve were curious and tempted, and both the ancient Greeks and Christians (with the idea of Original Sin) use their disobedience to God to explain why disease, sickness and sin exist in the world. Historically, the Jews flourished in ancient Greece, so they would have been aware of the myths and stories relating to Greek gods.

Many scholars recognise that the parallels between the Epic of Gilgamesh and the book of Genesis are so obvious that the authors of the Bible must have used them. The Epic of Gilgamesh is an epic poem from Mesopotamia and is one of the earliest known works of literature. It dates to the 18th century BC. The first parallel is between the story of Enkidu/Shamhat and Adam/Eve. In both stories, a man is created from the soil by a god and lives among the animals. He is introduced to a woman who tempts him – he accepts her offering of food, decides to cover his nakedness, leaves paradise, and is not allowed to return.

Later on in the Epic of Gilgamesh, a snake steals a plant from Gilgamesh which has the power to give him immortality. The snake represents evil in the epic and represents Satan in the Bible. The parallels are so identical that it would be an incredible coincidence if the authors of the Bible invented the story themselves. That said, both the story in the Epic of Gilgamesh and the Bible are entertaining allegories which try to explain the existence of evil in the world. The snake features as a symbol in many other stories and myths from around the world.

Andrew R. George, a translator of the epic argues that the flood story in Genesis 6-8 closely matches the Gilgamesh flood myth in such a way that Genesis must have been derived from it. As Andrew notes, the Genesis flood story follows the Gilgamesh flood story “point by point and in the same order”. In the epic, the god Ea warns Utnapishtim of a great flood and told Utnapishtim to build a boat in order to save all the living things. Just like Noah, he builds the boat, puts all the living things and his family on it, experiences a storm, and after it was all over, he offers a sacrifice to God. Flood stories have been found in many texts which predate the Bible. It’s found in the epic of Ziusudra and the epic of Atrahasis (which is nearly identical to the epic of Gilgamesh). In Hindu mythology, texts like the Satapatha Brahmana mentions a great flood, in which Vishnu advises Manu to build a giant boat.

The story of the life of Jesus, so vital to the Christian faith, is not original either. This is probably the story which actually has the most parallels with other religions, suggesting that the story is universal and expressed by many cultures in a similar way. Carl Jung called these universal stories or symbols archetypes and Joseph Campbell argued in his book, The Hero With a Thousand Faces, that the story of Jesus is just one way of expressing the archetypal story of the archetypal hero.

The conspiracy documentary Zeitgeist outlines some striking similarities between the life and death of Jesus and previous gods from other religions, such as Horus, Mithras, Attis, Krishna, Dionysus, as well as many others. The creator of the movie, Peter Joseph, does, however, overstate these similarities in order to support his conspiracy theory that the myths of Jesus and other gods relate to astrological and astronomical events. He claims, for example, that gods like Horus were born on the same day as Jesus (the 25th December) and that Horus’ mother, Isis, was a virgin. By comparing the Bible to ancient Egyptian texts, we know this is not true – Horus’ birthday was most likely between August 24th and 28th and he was not born of a virgin; his father was Osiris.

However, there are still similarities between Jesus and other gods, suggesting that the authors of the Bible borrowed myths from other religions. For example, the story of the “dying-and-returning-god” is considered a pattern or archetype by many, particularly by Carl Jung and Joseph Campbell. The gods Adonis, Tammuz, Osiris and Dionysus died and were then resurrected. It seems likely that the story of Jesus was following a pattern found in other myths, which in turn were following a common ‘dying-and returning-god’ pattern. This suggests that there never was a real, historical Jesus.

How the Bible Borrowed from Other Stories